After losing the battle of the birds, the bat came to the service and told,
“I bat, maybe see like a bird, but like animals on my face. So I am also an animal like you …”
Next time the animals were lost, the bat ran to the birds and said, “Oh Lord, thank you, finally we the birds got victory.”
after that…???
The birds and animals became friends and forgotten war.
Clever bat ran at the press conference, shattering the front of the neck, bat said,
“Hey all look at me, I seem like a bird on, but my mouth like an animal …. I am the only one, who had set up friendship between animals and birds in the animal world ……. !!!”
Be careful bats. I am not animals, also not birds, I’m just a robot …. So never come to play game with me…
-Robin Az

simply a voyager, who just goes from one space to another space
@worldzuha
Previous facebook writters
Next Online Writing Competition 2016 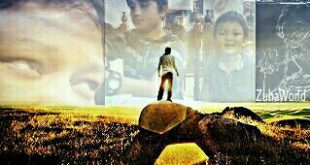 Welcome to the ZuhaWorld Site

Welcome to the ZuhaWorld Site This is one of the best online social media center ...

This site uses Akismet to reduce spam. Learn how your comment data is processed.

Powered by ZuhaWorld.Com - Always One Step Ahead | Designed by M. Arman Uz Zuha
© Copyright 2020, All Rights Reserved
GET NOTIFICATIONS